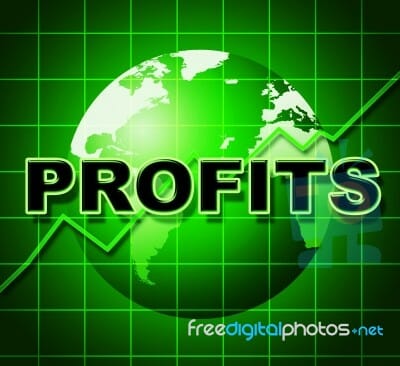 Buying a property in India is a decision that most NRIs can take after weighing the pros and cons of various tax and regulatory implications. But getting a property as inheritance is often not a choice, especially for first generation NRIs or PIOs whose parents bequeath to them, property situated in India. In such cases, NRIs must know how to deal with such inheritances.

Can an NRI inherit property in India?

Yes, a Non Resident Indian (NRI), Person of Indian origin (PIO) or even a foreign national of non-Indian origin can inherit and hold property in India. This includes residential and commercial property, agricultural, plantation and farm land.

From whom can an NRI inherit property?

An NRI, PIO or foreign national as mentioned above can inherit property from:
(a) a person resident in India
(b) a person resident outside India
However, the person from whom the property is inherited should have acquired the same in accordance with the foreign exchange law in force or FEMA regulations, applicable at the time of acquisition of the property.

Is there tax payable in India at the time of inheriting the property?

No income tax is payable at the time of inheriting the property.
However, the property may be subject to wealth tax. According to the Wealth Tax Act, tax is payable if the net value (market value minus any loans taken to finance the assets) of the assets of an individual exceeds Rs 30 lakh.
Now, there are certain exceptions to the definition of assets.
i. Only one house
If you own only one residential house, you do not have to pay wealth tax. So after inheritance, if this is the only property that you own, you do not have to pay wealth tax on it.
The question arises as to whether this includes global properties. For instance, if an NRI owns a property in the US and inherits one in India, will he be subject to wealth tax on the property in India?
For an Indian citizen who qualifies as a Resident but Not Ordinary Resident (NOR) or Non-Resident (NR) of India (as per the Income Tax Act 1961) as well as for a foreign national, wealth tax is applicable only on the specified assets located in India. Specified assets located outside India are subject to wealth tax only in the case of Indian citizens who qualify as Ordinary Resident (OR) of India as per the IT Act.
In the instant case, if the NRI qualifies as NOR or NR of India, the US house property will not be considered as a specified asset for wealth tax. Further, the house property inherited or purchased in India may be considered as exempt under Section 5 of the Wealth Tax Act provided that is the only house he owns in India.
The US house property will be considered as specified asset for wealth tax, only if this NRI (assuming Indian citizen) qualifies as Ordinary Resident of India for the relevant financial year. In such case, as one residential house property is exempt for wealth-tax, either of the property (US or India) can be considered as exempt (as per Section 5 of the WT Act) and the balance will be taxable.
ii. House given on rent for more than 300 days
If you have given the property on rent for more than 300 days during a financial year, you do not have to pay wealth tax.
If the net value of all your assets, including the inherited property exceeds Rs 30 lakh, wealth tax will be charged at 1% of the amount exceeding Rs 30 lakh.

Can an NRI rent inherited property? What are the various implications?

Yes, an NRI can rent inherited property. The implications are the same as those applicable for renting out purchased property.

Can an NRI sell inherited property?

Can an NRI repatriate proceeds of inherited property?

Yes, general permission is available to NRIs and PIOs to repatriate the sale proceeds of property inherited from a person resident in India subject to the conditions mentioned below. If those conditions are fulfilled, the NRI need not seek permission from the RBI. However, if the property has been inherited by an NRI from a person resident outside India, then the NRI must seek specific permission from the RBI
Conditions for repatriation in case of property inherited from person resident in India:
(i) The amount of repatriation should not exceed USD 1 million per financial year
(ii) The NRI must produce documentary evidence in support of the inheritance and an undertaking and certificate by a Chartered Accountant in the formats prescribed by the Central Board of Direct Taxes
Source: ET