Should you rely on Employer group Medical Insurance or have own medical policy…?

Take up a detailed 25 questions financial health checkup to find out how much you score out of 100? 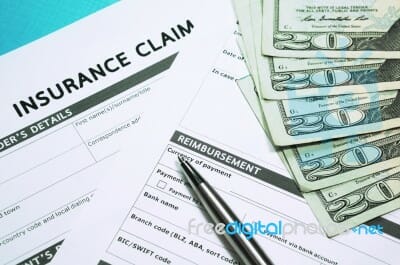 Generally, in an employer-employee relationship, the employer takes a group cover for all its employees on things like life, hospitalization, personal accident, travel etc. Today Let us explore a very important topic on whether it makes sense to rely on the health cover offered by employer vis-a-vis buying own health insurance policy.

Group insurance cover: What is it all about

So, in case of group cover, your employer purchases a group insurance policy with the insurance company. As per the terms of the policy, the group will consist of something like “all full time employees on the rolls of the company”. In all such policies, employer will be the “policyholder” and employees will be “beneficiaries”

So, when you join the company, you get automatically covered under the policy and similarly when you resign, you are automatically removed from the group.

Let us understand few other details on group covers as follows:

Your employer pays premium for covering you and other employees in the group insurance policy, as per the policy contract. Thus, the premium paid counts as an expense for your employer. Note here that due to coverage of many people in one go, group insurance premium rates are significantly cheaper than individual rates.

The group insurance contract has a list of terms and conditions, and coverages etc. which are negotiated between your employer and the insurance company. Important point to note here is that the cover is renewable on an annual basis. So, every year, your employer has the option to invite quotations and take its account to a new insurance company which offers better coverage or charges a lesser premium. Remember that while the group cover is all about covering you in case of an unfortunate incident, you have absolutely no say in the negotiation and are kept out of the loop.

Group insurance cover and you:

It is also notable here that though the group insurance cover forms part of your Cost to Company (CTC) and is mentioned in your appointment letter, your employer has full right to terminate or modify the contract after giving a prior information to you. So, the very fact that group hospitalization cover was mentioned in your appointment letter does not mean that it will continue forever – It may or may not.

Now, let us  imagine a 30-year old named Kamlesh, who joins Company X. At the time of appointment, he comes to know that the employer has a scheme of group hospitalisation cover for Rs. 2 lacs that will cover him, his wife, any kids he has, and also dependent parents for hospitalisation expenses. The policy will also cover maternity expenses up to Rs. 50,000. Now, he has 2 options in front of him:

1. Rely on his employer group hospitalisation cover of Rs. 2 lacs- remember that this will not cost him a penny.

2. Buy an individual cover with a reputed company for Rs. 5 lacs (considering the medical costs in good hospitals) for same coverage which will cost him in range of Rs. 10-12 K per year)

Being cost conscious , Kamlesh opted for Option 1, thinking it will save him Rs. 10-12K per year. Kamlesh was cruising comfortably in the job, earning a promotion also on the way. Life was going on smooth. Then one day, life took its mysterious curve on him. Let us understand it through 4 imaginary scenerios:

Kamlesh and his wife were expecting their first child and were very happy about it. As regards medical expenses on delivery, he did not create a separate fund for it, assuming that since it’s covered under group policy, it will be reimbursed.

A week before wife delivery, he got an e-mail from HR department that the policy has been reviewed and as a result of high claims experience, the maternity expenses will not be covered in new policy. Now, with a week to go, Kamlesh is stranded. Thankfully, the delivery went smoothly. But it entailed medical expenses of around Rs. 70K, which Kamlesh had to pay himself through credit card, and now he is busy figuring out how to repay it.

Kamlesh and his wife were so happy for the new arrival of the baby and got busy with new responsibilities that came with it. Time flied and their child was 3 years old. Then one day, while playing, his child got injured and was admitted in hospital. Knowing at back of his mind that the group policy covers up to 2 kids, he filed a claim with the TPA. The TPA rejected the claim with the reason that Kamlesh had not added the child as a beneficiary in the employer’s HR system, which in turn passes information to the employer, and hence the claim cannot be paid.

Considering his performance was good, Kamlesh got a good offer from other Company Y and Kamlesh accepted it. After leaving old company, he took family on a vacation for a week, after that he will join new company.

During vacation time, Kamlesh met with an accident. Now, understand – during this break period, since he has left old company, he is not covered under group policy of old company. Also, since he has not joined new company, he has not yet been enrolled for group cover in new company. So, he is not covered during this break period and has to bear all expenses of medical hospitalisation himself.

Scenario # 4: Difficulty in getting own health insurance later in life

Kamlesh spent a good amount of time (around 10 years) in Company X, and then he moved to Company Y, and worked there for another 6 years. Now, at age of 46, Kamlesh decided to break away from corporate rate-race and start his own consulting business. Realising that he does not have health insurance of his own, he decides to buy one from the market.

Kamlesh was a person who did not exercise and take care of his health, hence by this age, he had suffered from cardiac problem and diabeties. The first insurer he approached rejected his proposal, as they perceived him as a high-risk case due to his diseases. Shocked, he applied to another insurance company, who was ready to accept his case, but applied such high premium loading which we was not able to afford, now that he was on his own and without any regular cash flow income from a full time job.

Summing up: To rely or not

Kamlesh would have realised by now that there are really no free lunches. By making a small annual payment in form of premium early in life, he could have chosen a cover, on which he could have exercised complete control, and which did not depend on silly things.

Hope the above scenarios make you aware of one fundamental fact: group covers given by employer are just add-on benefits that you do not  have any control on. Your employer may remove it, modify it, without even taking your prior consent. In such situation, do not  you think that for something as important as your family financial security in event of medical emergency, you should have something on which you have full control on?

Common Misconceptions About Retirement Planning and how to save from them
Mar 14, 2021